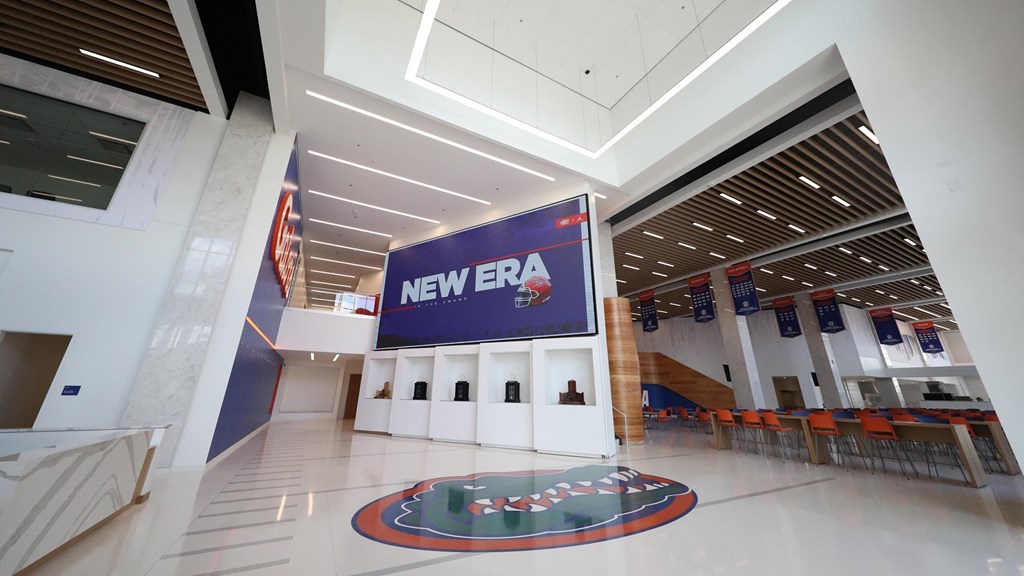 Years in the making, the Gators opened the doors to the Heavener Football Training Center on Sunday afternoon to usher in a new era in the program's rich history.

GAINESVILLE, Fla. — They began to assemble in their game-day locker room at Ben Hill Griffin Stadium late Sunday afternoon, anticipating the arrival of head coach Billy Napier to lead them on a short walk down Stadium Road.

The Gators were aware of their destination, and the mood reflected such. They were like kids waking up on Christmas morning.

"See you later,'' said tight end Nick Elksnis as he tapped the Gator Head on his way out.

Once the group gathered outside, Napier led the players and coaches on a five-minute hike to the front steps of the glistening $85 million Heavener Football Training Center, the new headquarters of the UF football program.

We're in the People Business.

At Parrish McCall you’ll find a team dedicated to completing a successful project and a partner in it for the long term.